CORPUS CHRISTI, Texas, Dec. 15, 2022 /CNW/ – enCore Energy Corp. (“enCore” or the “Company“) (TSXV: EU) (OTCQB: ENCUF) today announced the United States Court of Appeals for the District of Columbia Circuit denied the request of the Oglala Sioux Tribe and the group “Aligning for Responsible Mining” for a full panel review of a prior decision by a three judge panel of that court. In the prior decision (see enCore news release dated August 9, 2022) the panel found that the Nuclear Regulatory Commission had adequately complied with the relevant statutory and regulatory requirements in granting a source materials license to Powertech USA Inc., a subsidiary of enCore Energy Corp., for extraction of uranium from ore beds at the company’s Dewey-Burdock project in South Dakota. 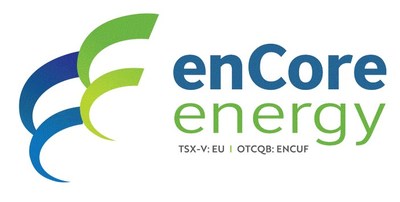 The Sioux and Aligning for Responsible Mining may petition the United States Supreme Court to review the ruling. They have 90 days in which to file for review, and possibly 60 additional days after that period if the court chooses to grant an extension. The case may be cited as 20-1489 Oglala Sioux Tribe and Aligning v. NRC, et al “Per Curiam Order Filed (Merits Panel)” (NRC-40-9075-MLA) (December 13, 2022).

Details of the assumptions and parameters used with respect to the Dewey Burdock PEA, including information on data verification, are set out in the “NI 43-101 Technical Report Preliminary Economic Assessment, Dewey-Burdock Uranium ISR Project, South Dakota, USA“, dated December 22, 2020, with an effective date of December 3, 2019, by Yovich, M., PE and S. Cutler, PG, a copy of which is available under the Company’s profile at www.sedar.com. The Dewey Burdock mineral resource estimate includes resources in the measured, indicated and inferred classes. However Yovich and Cutler (2020) concluded the resources in the inferred class are considered too speculative geologically to have the economic considerations to be included in the PEA. The Dewey Burdock PEA is preliminary in nature; There is no certainty that the Dewey Burdock PEA will be realized. Mineral resources that are not mineral reserves do not have demonstrated economic viability.

William Paul Goranson, P.Eng. Chief Executive Officer, Director and a Qualified Person under NI 43-101, has approved the technical disclosure in this news release.

enCore Energy is the most diversified In-Situ Recovery uranium development company in the United States and recently announced it entered into a definitive agreement to acquire the Alta Mesa In-Situ Recovery uranium project (the “Transaction”). The Transaction will position enCore as a leading US-focused ISR uranium company with the proven management expertise required to advance multiple production opportunities within its portfolio. enCore is focused on becoming the next uranium producer from its licensed and past-producing South Texas Rosita Processing Plant by 2023. The South Dakota-based Dewey-Burdock project and the Wyoming Gas Hills project offer mid-term production opportunities, with significant New Mexico uranium resource endowments providing long-term opportunities. The enCore team is led by industry experts with extensive knowledge and experience in all aspects of ISR uranium operations and the nuclear fuel cycle. enCore is committed to engaging and working with local communities and indigenous governments to create positive impact from corporate developments.

Back to All News Releases